Showcase Event of the Year

The main showcase event of the year for the Czech Australian New Zealand Association is the CANZA Annual Charity Ball. Each year we put on a night crammed with entertainment featuring acts from the Czech Republic, Australia and New Zealand and bring fine dinning, dancing and a night of laughs to many nationalities in that traditional laid back Aussie/Kiwi fashion.

We use this night to support children's charities in the Czech Republic.

Our Aussie-Kiwi Charity Ball with a speakeasy-prohibition theme promises to be one of the best nights out in Prague.

Fantastic Australian and New Zealand wines have been paired with fine Antipodean cuisine as well as Australian-sourced hops beer brewed in CZ. Local band Tram 69 will provide the soundtrack for the evening as will DJ Little Frank, along with Maori troupe Whakaari Rotorua, direct from New Zealand!

An auction and raffle will help raise funds for a Prague-based shelter SKP HOPO. 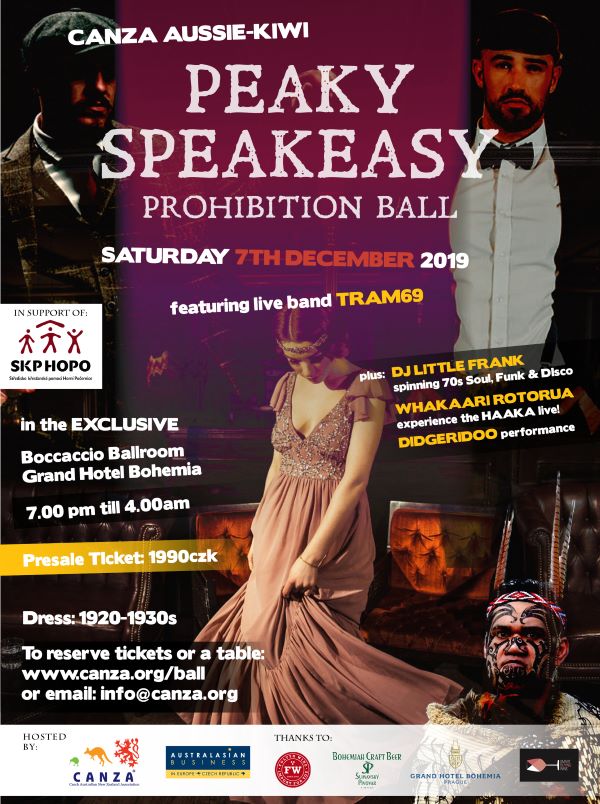